Hard drives destroyed by the Human-I-T facility’s ‘crusher’ before they’re sent for further recycling to another center.  (Photo courtesy of Jamal Washington. )

DETROIT (FOX 2) – When Brian Bivona opened one of the many large cardboard boxes lying around the Human-I-T facility, inside were laptops stacked neatly next to one another. They look like they’d never been touched.

But the dozens of computers inside are old enough to be considered waste by business standards. In a different era, these old electronics would be in a dumpster heading for a landfill after just a few years of use.

But as one sees treasure in another’s trash, Bivona and the team at Human-I-T in Detroit envision a different future for the stacks of old electronics resting in their warehouse. And they know just what to do with them.

“Everything that leaves here is tested and good for use,” Bivona says, passing by stacks of printers, computers, hard drives, monitors, keyboards, and mice. It’ll take about two months before the same equipment piled high in the warehouse becomes someone’s personal work station at home.

Those devices might be sent to another recycling center. Or they could get cleaned, wiped, and sent back out to the community through one of the company’s online stores. For hard drives sent for recycling, they’re destroyed in the facility’s “crusher” – a small box that does exactly what it sounds like.

The crusher looks older than most of the tech its destroying, sharing the same beige color that older computers sold in the 90s had. Human-I-T doesn’t get technology from that era much anymore. It also doesn’t do that much destroying either.

Human-I-T’s work has pushed them into niche fields that wouldn’t appear to be related: waste management and digital equity. But a closer look at the company’s approach to problems of too much trash and not enough digital access reveals how closely related both fields are.

It also suggests what’s possible when creative solutions are put to the test.

Human-I-T’s collection of old technology is only the first step toward both ambitious environmental and social goals. The process that goes on in the Oakman Boulevard Community both diverts heavy metal toxins from landfills, while connecting people with reclaimed electronics too old for industry, but too young to be discarded.

“We’re past the point where recycling is going to get us to what we need environmentally,” said Leo Kowalyk, a senior business development executive with Human-I-T. “Recycling is better than landfilling, it’s better than dumping. But people should look to repurpose first.”

The nonprofit burst onto the scene in 2021 when a partnership between them and the city of Detroit was announced to connect low-income families with computers and internet access at a time when digital connectivity was desperately needed. 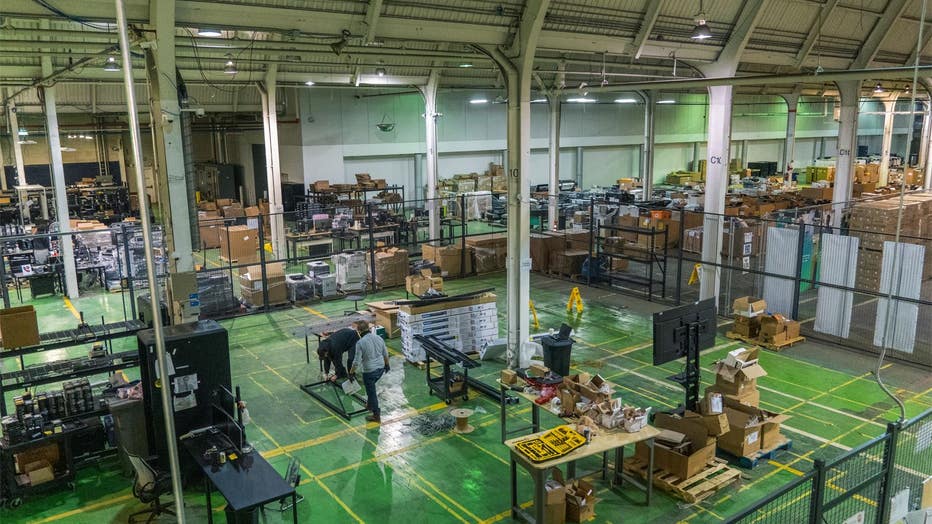 Electronic waste donated to Human-I-T is first sorted, wiped of any data, then prepared for online sale.  (Photo courtesy of Jamal Washington)

Based out of Los Angeles, Human-I-T selected Detroit for its second location to accommodate donations incoming from eastern U.S., and the need that the nearby community had for reclaimed computers and accessible internet.

There’s two percentage points the company likes to cite when emphasizing its goal: 2 and 80. Electronic waste only makes up 2% of what collects in landfills, but is behind 80% of the lead, cadmium, mercury, and other heavy metal toxins that represent risks to groundwater and human health.

One way to manage that waste is to recycle all the parts of the device: from plastic keyboard buttons and the precious metals in circuit boards, to the raw metal from the outer casing. It’s not a bad option if it means keeping it out of the ground, the Human-I-T team says.

But the company says there’s a better option.

“The tech we’re getting with three years of wear and tear on it still has a good seven to eight years left on it,” Bivona said.

A computer no longer used by Rocket Mortgage, one of Human-I-T’s clients, can still find a home in the hands of a Detroit high school student just entering their freshman year or an online buyer hunting for pieces to build their own device.

The facility also accepts old electronics from residents looking to donate – just as long as they setup a drop-off time. A complete list of what they accept can be found here. Detroit residents can also donate at the city’s household hazardous waste facility.

MORE: Hand-implanted microchip could be used for contactless payments

When e-waste arrives, its journey unfolds in three general stages: Collection and inventory, processing and wiping, and preparation and resale.

First, when it arrives, the equipment is sorted by type: laptops with laptops, printers with printers. The company aims for any donated devices to be inventoried and processed within 60 days – 30 days for sorting and 15 days to be wiped. It can take longer depending on how much waste is coming in.

Finally, devices are tested to make sure they work properly before they’re photographed and prepared to be sold online.

The company sells its devices in two online portals: EBay for its regular customers and a separate online store called hitconnect for eligible buyers that may be low-income, elderly, disabled, military vets, or other nonprofits. Using the first revenue stream as a means to fund its mission, the company offers what it describes as its four pillars of providing devices, affordable internet, digital skills training, and technical support.

“This is our way of creating equitable opportunity for those on the wrong side of the digital divide,” said Bonnie Johnson, the senior operations manager at Human-I-T.

Internet and computer access have rarely played a larger role in the lives of students and families than right now. When the pandemic pushed both work and school home, poor populations had the hardest time finding a way to keep up. 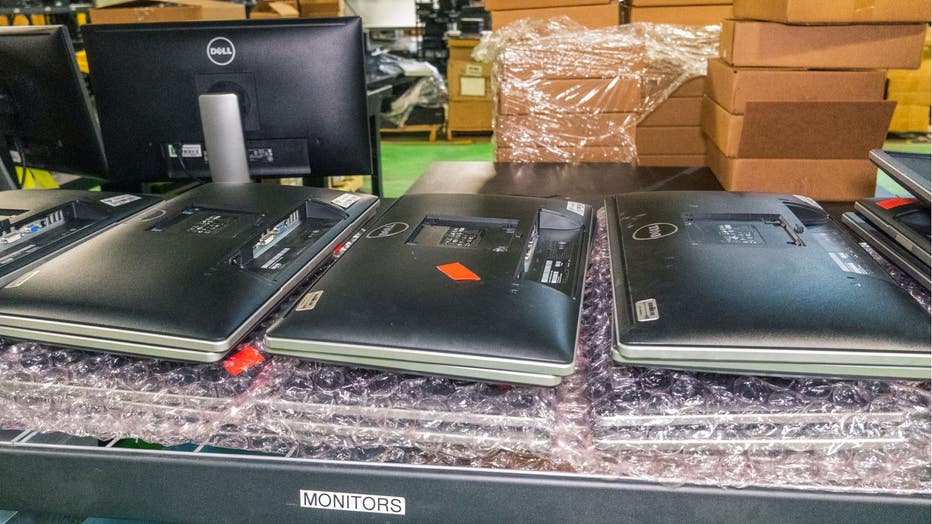 Human-I-T has two online portals by which it sells its reclaimed electronics: on eBay or through it’s hitconnect store where eligible low income families can purchase the devices at a discount.  (Photo courtesy of Jamal Washington)

Johnson says Human-I-T helps connect those groups with computers, low-cost internet options, and the skills to use both.

But the metric the company most interested in tracking isn’t one they’ve pinned down yet: the impact that providing these services to needy communities offers. With more waste getting donated and the need for more available electronics at home, Human-I-T sees its work only growing.

In late April, Congresswoman Brenda Lawrence visited the facility as part of a rollout of legislation to distribute computers and other technology to schools, veterans, and seniors.

They have plans to also open a brick and mortar version of their store that’s available to low-income families that would provide in-person tech support. Meanwhile, they’ve set goals of collecting 400,000 pounds of e-waste while working with the city – a 20% increase from last year. They also want to supply hundreds of Detroit families with computers and internet by the beginning of October.

At the same time, the facility continues to add recycling steps in-house, further reducing the amount of waste they can recycle.

“The whole premise of our push is to eliminate and reduce steps so we’re constantly recycling how we work our processes,” Johnson said. “The more we narrow the waste in motion, the more we’ll be saving.”