In this Electropages Exclusive, we visited a non-profit charity in Southampton to discover how they deal with e-waste, its opportunities for others, and the size of the e-waste problem.

There is no question that e-waste is becoming increasingly more challenging to cope with as the rate of consumption continues to increase. The use of rare earth minerals in modern electronics combined with this consumption rate is driving up the price of minerals. This, in turn, is having negative consequences on both the environment around mining sites and local populations.

And yet, amid this ecological challenge, there are those who have not only dedicated themselves to try and tackle the e-waste problem but find alternative uses for older hardware that can help bring those disconnected from technology into the 21st century. In this Electropages Exclusive, we found one charity in Southampton that dedicates itself to rehoming old electronics, properly recycling outdated hardware, and helping faraway nations build up their computer infrastructure.

Who are Jamie’s Computers?

Located in Southampton, Jamie’s Computers is a non-profit charity project run by the Society of St James, launched in 2002 to ethically recycle old electronic hardware. The funds raised from recycling hardware are used to help those suffering from mental illness, the homeless, and other social programs. Many of the machines refurbished by Jamie’s Computers are sent to African nations to bring modern technologies to those in remote places.

So, what is your primary role at Jamies’s Computers?

My role is the business manager, which involves making deals with clients to generate revenue. Our customers include personal, business, and trade (many of our machines get refurbished and resold).

What do Jamies’s Computers do?

So, we don’t just recycle old electronics; we also have different departments that each do different tasks. For example, we have the workshop where volunteers and staff take in donated hardware, check if it is working, scrap what doesn’t work, and then refurbish and resell. Overall, we have around 12 staff, including full-time and volunteers, and we also work with local probationary services. We also work with local colleges to help students with disabilities to find more opportunities in the tech industry.

One desk is being used to test mobile phones for viability.

How do Jamie’s Computers help those learning about electronics repair?

One problem with education is that it is mostly theory, and unless you can tie that in with physical hardware, it is hard to truly understand machines. Because we focus on practical hardware repair, our staff and volunteers can gain real-world experience that no number of books or lectures could give. 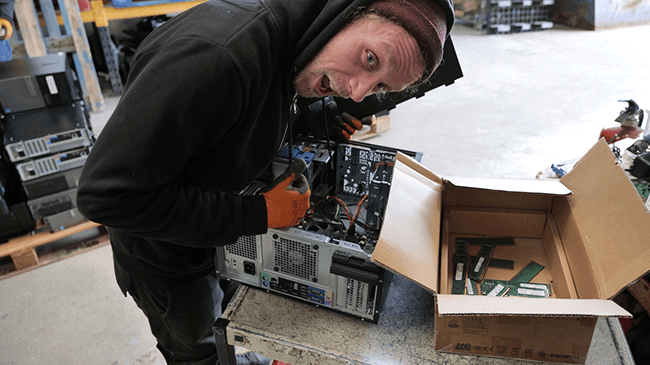 One member at Jamie’s Computers photobombing the hardware

So, where does your hardware come from, and how much is recycled?

Overall, around a third of our hardware comes from schools, while the other third comes from councils. The remaining third comes from various other contractors, including businesses, but we also accept any electronic waste from individuals. Of all the hardware we receive, we estimate that we upcycle around two-thirds of all the hardware, meaning that hardware coming in is repaired and then sent off. The remaining third is broken down into individual parts, including RAM cards, CPUs, heatsinks, PSUs, etc. These are all placed into separate bags and sent to other recyclers. 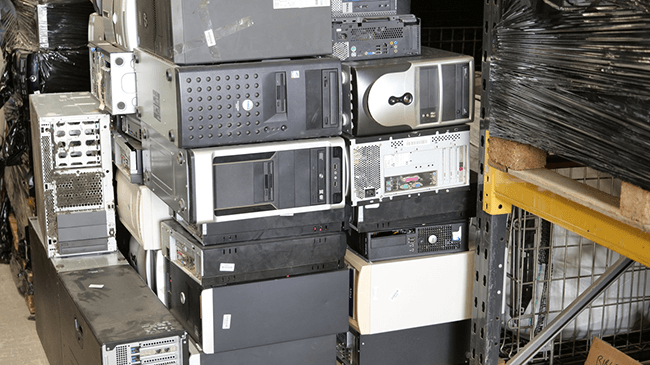 Example of bulk machines being delivered

Can members of the public purchase equipment and parts from Jamie’s Computers?

Absolutely. Not only do we have an online store with refurbished equipment, but we also allow those looking for odd parts to come down and pick what they need. As we are a level 1 recycler, we only take electronics apart and separate them based on their material, such as copper, aluminium, and gold. Level 2 recyclers will take these parts and process them further to extract the valuable minerals. 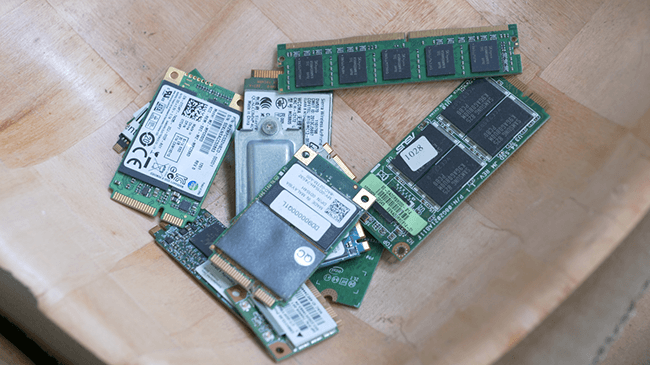 All manner of parts are scrapped at Jamie’s Computers

What challenges do you face with potentially old toxic electronics?

One problem that we are currently facing is CRT monitors. The price for recycling a single monitor is around £75, and as we are a charity, we can no longer afford to accept CRTs. The high cost of CRT recycling means that those who have a CRT may be tempted to dispose of them incorrectly, and this is something that needs to be addressed. We have also had situations where customers have brought in UPS units containing swollen lithium batteries, which can also be a major fire risk. 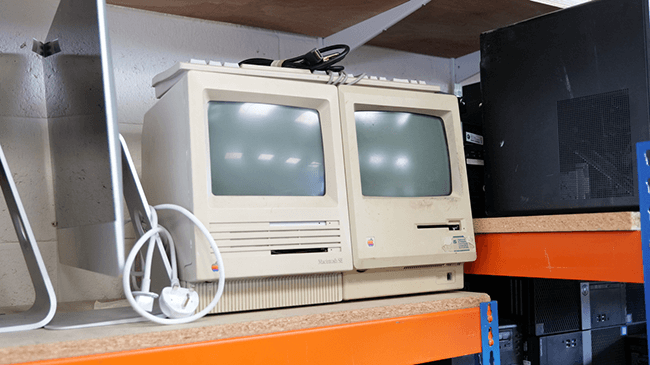 Old equipment is still dropped off here, including these original Macintosh machines

Can you tell us more about your hard drive wiping facility?

So hard drive wiping is our number one priority as we must ensure data protection for those delivering old computers. When we receive hard drives for processing, the logistics are more complex than you would think; the entire journey of the drive must be accounted for, from picking up from the driver to the delivery into the secure purging room. During this collection of hard drives, we also itemise each part to ensure that it hasn’t been tampered with and is accounted for from collection to delivery. Considering that many of our drives come from schools and businesses, data privacy is of the utmost importance. To ensure that our hard drives are correctly wiped, we use Blancco, one of the world’s most advanced purging technologies, and if a hard drive is unable to be fully erased, we destroy the physical drive. 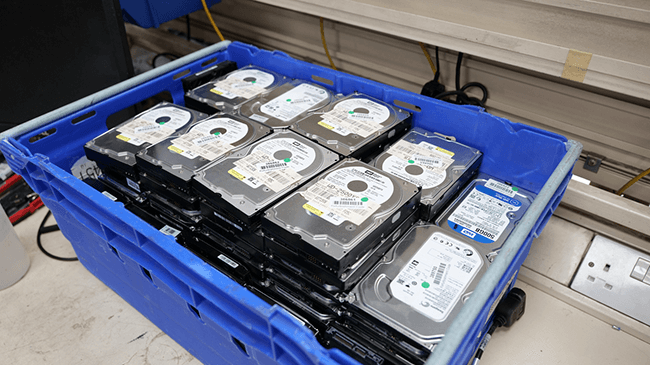 Hard drives after being wiped

Electronic waste is increasingly becoming a problem, and hardware is often designed to work for just a few years. What’s your take on this issue?

I have noticed that in recent years, electronics are becoming more reliable and usable for longer. For example, having a 2004 machine in 2010 would be virtually unusable, but having a 2015 computer in 2022 is still perfectly able to function. Operating systems haven’t seemed to advance hugely, and the specs for computers have also slowed down, allowing older computers to work for longer. Newer electronics also use less raw materials than those in the past, but e-waste is still an issue. There will always be electronics being manufactured on a scale for day-to-day use, so tackling large-scale consumerism is a big challenge. 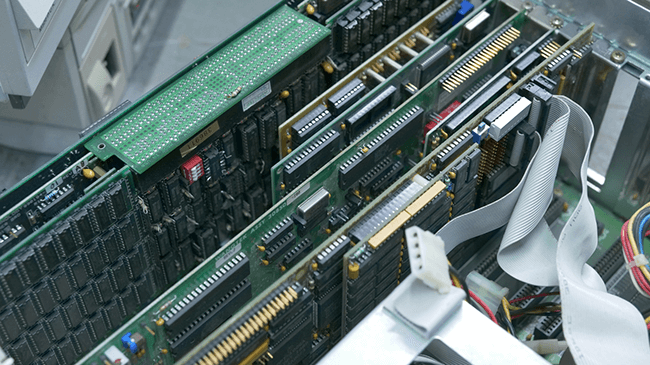 Some hardware has been dated to the early 80s

Looking to the future

Looking toward the future, e-waste will continue to be a challenge that must be dealt with. Still, charities such as Jamie’s Computers have made the most of old hardware, providing opportunities for many and helping to provide modern technologies to those in the most remote places.