The Korean electronics maker released a 77-inch OLED TV with panels dubbed QD-OLED Display, which deploys a blue OLED layer as a light source and a color filter consisting of quantum dots to enhance luminance.

The introduction comes as the OLED TV market has been growing fast in recent years given that Chinese competitors like BOE and Xiaomi threaten to dominate in the liquid crystal display (LCD) TV market, a mainstream and cheaper option preceding OLED. 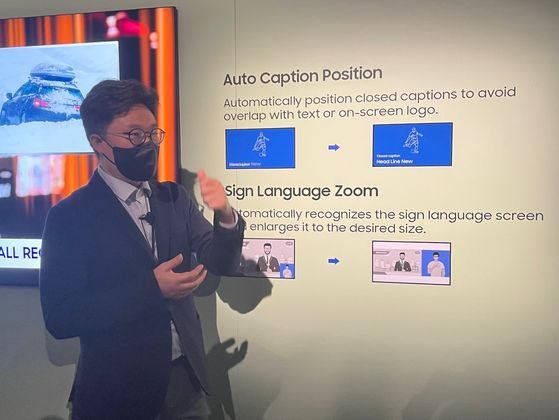 Chung Kang-il, executive vice president at Samsung Electronics, explains the company’s newest TVs during an event held on Tuesday in Las Vegas ahead of the CES 2023 trade show. [SARAH CHEA]

“It’s still undecided if we will actually introduce all models in the market, we are trying to show that we have the capability to make the Micro LED TVs smaller.” 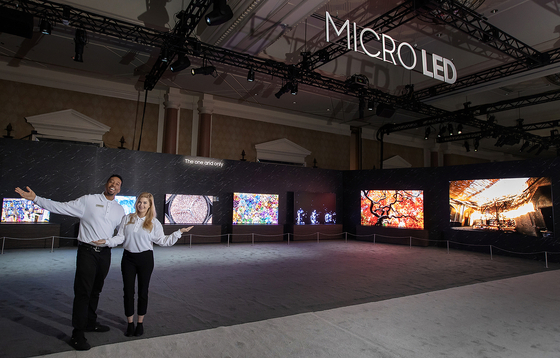 Micro LED TVs do not need backlighting since the microscopic LEDs can directly emit light, essentially playing the same role as the organic compound in an OLED TV.

An updated Neo QLED model was also introduced Tuesday, which comes with higher resolution images with better control over brightness and color.

It is equipped with a neural quantum processor to improve vividness and dimensional effects, the company said. A Shape Adaptive Light Control system has also been applied, which allows the TVs to have better control over blooming.

Neo QLED TVs use a liquid crystal display with LEDs for backlighting. What differentiates the Neo QLED from other LCD-LED televisions is the tiny size of the LEDs, allowing for better color control. 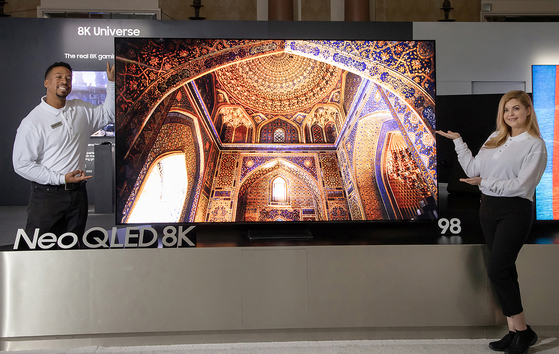 “In 2023, we are pushing boundaries of innovation to offer consumers more than just premium picture quality, but a holistic, premium device experience tailored to what they need and want out of their connected home,” said Kim Cheol-gi, executive vice president of Visual Display Business at Samsung Electronics.

“With SmartThings, our advanced technology is seamless and intuitive, making life more sustainable, accessible and enjoyable every day.” 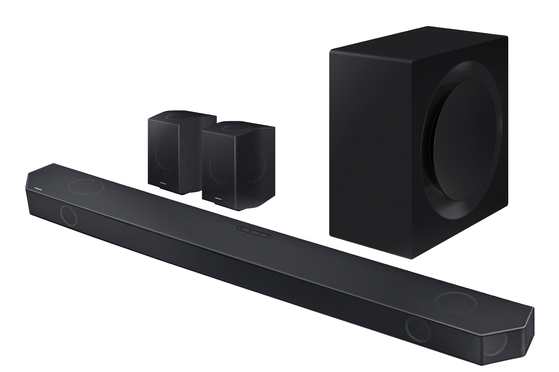 
The electronics maker also rolled out a new soundbar, smaller than its predecessor but with better sound quality.

The HW-Q990, the most expensive model, is equipped with Dolby Atmos technology and offers immersive surround sound when connected to TV speakers.

A Samsung employee turned on music twice to compare the latest soundbar with the previous one during the event, and it was certainly recognizable that the sound was clearer.

Samsung kept the environment in mind when developing its products.

Around 20 percent of materials used in remote controllers for the latest TVs were made with plastic waste from the ocean. Some 12 percent of the components of the powerboard were created with recycled aluminum cans and copper. 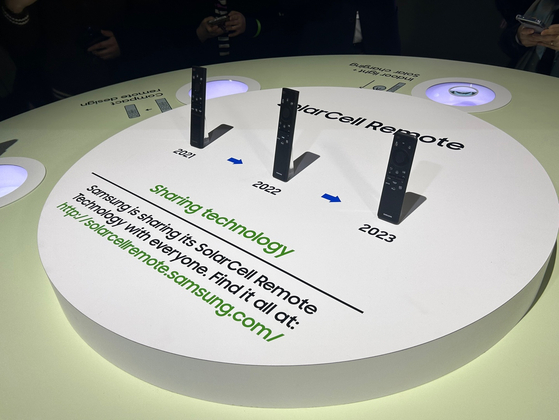 Samsung Electronics tries to reduce the use of plastics and replace them with recycled materials when making remote controllers. [SARAH CHEA] 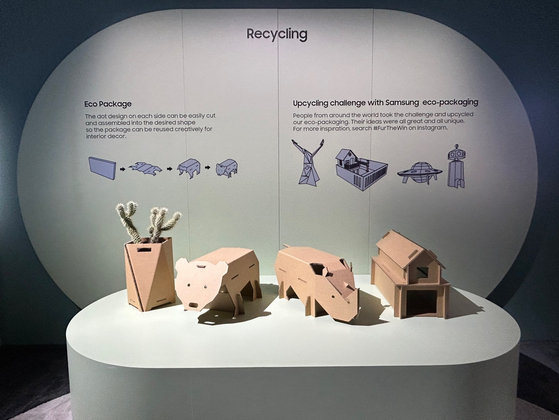 The packaging boxes of Samsung TVs can be recycled such as using them as a cat tower. [SARAH CHEA]

Its SmartThings device control service shows real-time data about how much electricity each of the electronic devices uses at home to help users control and reduce their usage.

The newest TVs and accessories will be displayed at Samsung Electronics’ 3,368-square-meter booth at the upcoming CES, the largest size of all companies. 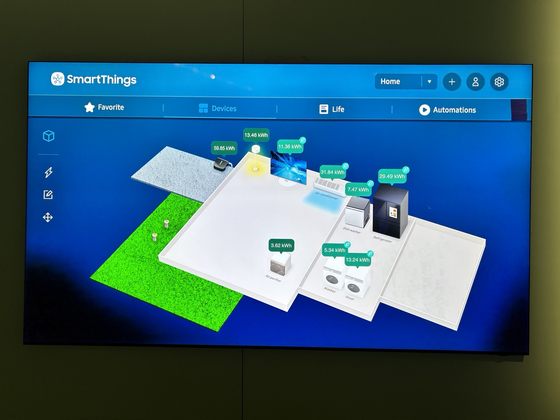 Samsung’s SmartThings device control service shows real-time data about how much electricity each of the electronic devices uses at home. [SARAH CHEA]