Industries are switching to cleaner resources, fuels, energies, and technologies due to increasing global emissions. These advancements make it possible to create procedures, goods, and services with fewer detrimental environmental effects. This article looks at 2022 developments in clean technology.

Converting to renewable energy, dependence on fossil fuel-based energy sources such as coal and oil can be reduced. The Internet of Things (IoT) also makes it easier to carry out environmental conservation efforts by alerting people to unexpected signals such as landslides and forest fires by placing sensors in towns and forests.

By substituting energy-intensive processes and goods, cleantech is enabling advancements across manufacturing, construction, and mobility, while reducing their carbon footprints.

What is Clean Technology?

Since 1981, the average global temperature has increased by 0.18 °C every decade. This increase results in erratic weather patterns, intense heat waves, and an environmental collapse.

Innovations in clean technology brought on by climate change can help reduce this situation. Interests in this sector are rising, with the current value of global investments in renewable energy being $301.7 billion.

Emerging markets expanded their dependence on renewable energy sources in 2022. After the COVID-19 pandemic, oil consumption exceeded the worldwide supply, causing a price increase. After Russia’s first assault on Ukraine, international leaders rushed to minimize their reliance on Russian oil. This instability in the oil market led to an increase in clean technology investment.

Unpredictable oil prices were a source of concern in the industrial sector due to the reliance on diesel in developing nations. Ultimately, the increasing cost and volatility of oil have prompted large companies to seek other alternatives for their operations. In an endeavor to connect the disconnected, the telecom industry is being pushed toward off-grid, greener solutions by the volatility of fuel costs. 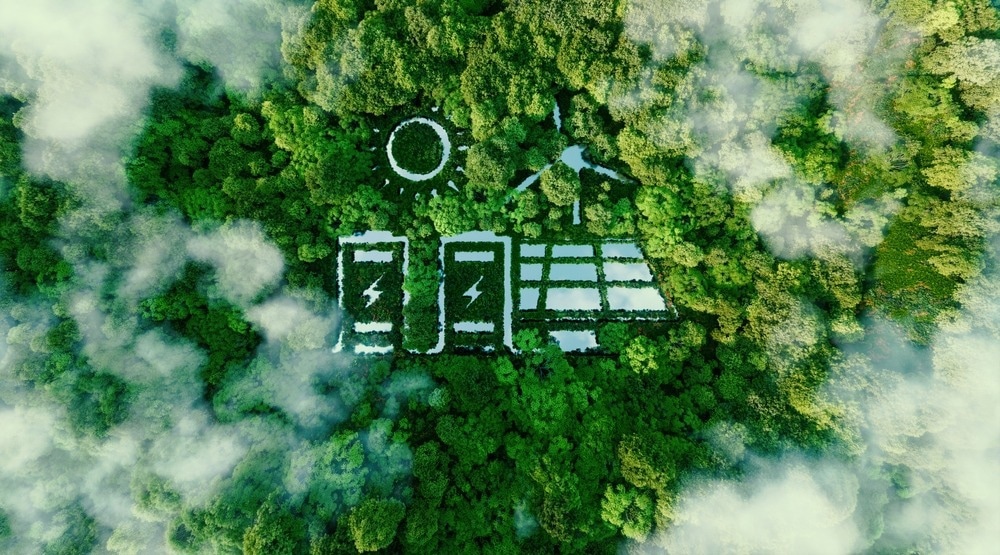 In 2022, costs for solar panels have continued to fall. As predicted, solar deployment has grown as the historical price of solar panels has decreased. International companies need a dependable and inexpensive energy supply. Consequently, as oil prices became more erratic and solar costs decreased in 2022, the industrial sector increasingly opted for solar energy.

The usage of renewable energy is growing globally, even though it has been on the rise for many years. In reality, despite supply chain interruptions brought on by the pandemic, it increased by 1.8% in the first quarter of 2022 compared to the same period in 2021. Because of this, renewable energy is the most reliable.

The transition to green energy is being made simpler by numerous industry movers thanks to various cutting-edge developments, including Spanish startup Solum, which has created solar pavements to charge electric vehicles (EVs). As energy demand peaks, businesses such as AES are reimagining battery storage solutions to replace the need for natural gas facilities.

Some important 2022 developments in clean technology are discussed in detail below.

Breakthroughs in Nuclear Fusion in 2022

Researchers have reached a major victory in finding a near-limitless, reliable, and pure energy source by extracting energy from nuclear fusion reactions.

In nuclear fusion, light elements such as hydrogen are fused to produce heavier elements, resulting in a massive energy release. It has been observed that the process, which generates heat and light, has great promise as a source of clean, renewable energy.

The year 2022 is significant for nuclear fusion research. After more than 60 years of worldwide research, development, manufacturing and experimentation, a regulated fusion experiment reached ignition in 2022.

Reaching ignition signifies that the fusion experiment generated more energy from fusion than from the laser energy utilized to fuel the reaction.

This revelation has enormous ramifications for renewable energy. In addition to the work on national security, the first preliminary steps toward a source of renewable energy that could alter the globe have been taken. While the highest echelons are lauding this scientific accomplishment, it will likely be several years before fusion power plants can produce an ample supply of clean energy.

Green hydrogen, which is created by splitting water molecules into hydrogen and oxygen using renewable electricity, has the potential to significantly reduce greenhouse gas emissions while assisting in meeting the world’s energy needs. However, there is a resurgence of interest in environmentally friendly hydrogen manufacturing techniques.

In 2022, worldwide green hydrogen production will approach 250 GW, 200 times the energy generated in 2020. This zero-carbon fuel has enormous promise.

Air Liquide’s 20 MW electrolyzer plant is currently the largest Proton Exchange Membrane (PEM) facility. By the end of this decade, which is frequently referred to as the Hydrogen Decade, there will be facilities with a capacity 100 times greater than this.

What are the Future Prospects of the Green Hydrogen Market?

Tasks are completed more quickly, with fewer safety concerns, and at a lower cost because of related breakthroughs such as artificial intelligence and machine learning. Automation uses energy, but efficiency comes at a cost. Sustainable automation goes one step further than conventional automation by “being attentive” to the energy consumed.

For instance, to save energy, equipment and machines can be programmed to turn off automatically when not in use. Building monitoring systems that enable autonomous solutions to regulate appliances, such as smart thermostats, is another potential application. They may then precisely adapt to the ideal temperature in this way.

For continuous defect detection and proactive maintenance, Schneider Electric leverages the burgeoning field of predictive analytics. This promotes energy savings by assisting businesses in maintaining their equipment at optimal efficiency, where it is less likely that it will become power-hungry.

Safe waste management guarantees that wastes are disposed of effectively, preventing open burning of waste and littering while also diverting waste from landfills.

Waste management is not a new concept. However, circular waste management is a sustainable approach that turns garbage into energy while reusing and recycling materials. One of the more used processes is pyrolysis.

This is a high-temperature, anaerobic thermochemical breakdown of organic materials. Char, oil/wax, and flammable gasses can all be produced by it. Electro-coagulation systems and chemical recycling are two other circular waste management techniques. Organizations such as the French multinational Veolia Environment are working to address the problem of electronic trash in the interim. They teamed up with the chemical manufacturer Solvay in 2022 to recover lithium-ion batteries from EVs. From this point on, they remove and clean vital metals to ensure they can be recycled into new batteries.

These “Cleantech” trends show how the technology sector is attempting to address our changing climate and represent our best chance of reducing the effects of climate change.

The cleantech businesses have raised a combined £2.28 billion over the past ten years. In 2022, the overall value of fundraising in the cleantech sector increased rapidly. The leading projects are:

With the support of an integrated transportation ecosystem, Arrival hopes to build livable cities that satisfy emissions reduction goals. The company’s electric cars are competitively priced with their gasoline and diesel counterparts, making them a practical component of the fight against global warming.

The zero-emission bus from Arrival, which was unveiled earlier this year, intends to improve the quality of public transportation. It can be modified to accommodate social isolation strategies brought on by COVID-19 and improves passengers’ feelings of cleanliness and well-being. In addition to vans, taxis, delivery robots, EV charging stations, micro-factories and digital services, the bus is a component of a comprehensive transportation ecosystem.

The goal of Tokamak Energy is to develop a fresh, clean energy source. By discovering a quicker road to fusion, it is helping to combat climate change by providing a reliable, affordable, abundant, and clean source of energy.

The technique developed by Tokamak Energy is already acknowledged as the most economical method of fusion.

The company will implement it once it has been proven viable and commercialized, advancing energy efficiency and a sustainable future.

Oxford Photovoltaics works on the energy transition—the shift away from using fossil fuels and toward environmentally friendly options—in the renewable energy sector.

This will help make renewable energy more cost-effective and increase adoption rates, enabling the corporation to realize its vision of a world powered entirely by electricity and combating climate change.

Oxis Energy, one of the leaders in the rechargeable battery industry, creates battery technology for a variety of uses, including the powering of electric cars.

Within two years, the company wants to double the technology’s existing cycle life, bringing it up to 500 lifecycles.

Utilizing sulfur, a byproduct of the oil industry expected to have a lower environmental impact than other technologies usually utilized in the battery sector, the technique works towards a more sustainable future.

Companies on the Edge of Clean Technology Innovations in 2022

Despite being a significant electricity distributor, General Electric (GE) is in collaboration with New Fortress Energy Company to convert the Long Ridge Energy Terminal from natural gas to hydrogen energy production, a carbon-free energy alternative. This terminal currently uses fossil fuels to supply energy to the Appalachian Basin.

Tesla (TSLA), a significant manufacturer of electric vehicles, intends to transform the American EV market by developing a million-mile battery. The battery would last the whole life of an electric vehicle. When paired with Tesla’s ambition to develop stronger, more affordable lithium-ion batteries, it would lower the cost of owning an electric vehicle to the same level as its counterparts powered by combustion engines.

The Future of Clean Technology

There has been a rise in interest and investment in the rapidly expanding field of clean technology. The sector has enormous growth potential, bringing in $1-2 trillion in green infrastructure investments each year.

The way forward to reduce and ultimately eliminate emissions is through renewable energy sources such as wind, solar, and hydrogen.

The ProShares S&P Kensho Cleantech ETF (CTEX) takes a unique approach to cleantech investing. The fund does not invest in the end-users of renewable energy but in the companies creating the technologies and products that are bringing about renewable energy changes.

By increasing the adoption of off-grid solar solutions, the quick adoption of clean fuel sources and technology, and other cutting-edge cleantech solutions, the industry can progressively contribute to achieving Sustainable Development Goal 7 (SDG7) in the future.


Disclaimer: The views expressed here are those of the author expressed in their private capacity and do not necessarily represent the views of AZoM.com Limited T/A AZoNetwork the owner and operator of this website. This disclaimer forms part of the Terms and conditions of use of this website.