Environmentally friendly countries are those who engage in practices that minimize harm to ecosystems and the environment. Recent data has uncovered the rankings of 181 countries in terms of their Environmental Performance Index (EPI).

Denmark ranks first as the most environmentally friendly country in the world. Over the years, it has introduced numerous policies to reduce greenhouse gas emissions and ultimately prevent climate change.

Following closely behind Denmark, Luxembourg and Switzerland come in at second and third place. Luxembourg adopted its climate law in 2021, which introduced a climate neutrality target for 2050. Switzerland primarily uses solar and geothermal energy to generate power and is also among the top recyclers in the world.

Coming in at fourth place is The United Kingdom, which has an ambition of zero avoidable waste by 2050. It also scores highly in sanitation and drinking water. France ranks fifth place due to the many environmental initiatives it also has in place. Hydro turbines have been installed along its rivers as a form of renewable energy and it has also banned the disposal of unsold food of good quality in supermarkets.

All of this is well and good, but how ethically are these countries achieving this status? To consider this, it is important to acknowledge the environmental performance index of other countries. On a global scale, developing countries such as Ethiopia and Ghana score lowest in terms of EPI.

A rapidly developing environmental problem for most developed countries is electronic waste. Despite this, these countries are still scoring highly in terms of EPI. The cheapest option is to export most of their e-waste to developing countries. Although it is legal to do so if they can be refurbished, Interpol has stated that “much is being sent to places like Africa and Asia under false pretences.” This would explain the low EPI score of many developing countries, who are being falsely accused of damaging the environment more than others. Developed countries are managing to transfer their environmental issue elsewhere, and this ultimately means it is never solved.

A spokesperson from Interpol stated that much of the e-waste exported is “classified as ‘used goods,’ although in reality it is non-functional. It is often diverted to the black market and disguised as used goods to avoid the costs associated with legitimate recycling.”

Germany and Norway, the top rankers in the world in terms of EPI throw away the most electronic waste in total. Britain, another high ranker is also the world’s seventh most prominent producer, exporting around 1.6 million tonnes of e-waste yearly. “Electric waste comes here from all over the world – but especially from Europe,” says Karim, 29, a scrap dealer in Ghana.

In order to reduce e-waste, manufacturers of large electronic companies need to be held accountable and design products that are more repairable and recyclable.

Ultimately, as individuals there is not much that can be done. However, collectively we can sign petitions and join campaign groups and organisations. For example, Green Peace launched their ‘Toxic Tech’ campaign against electronic waste, specifically aiming to reduce the number of toxic materials that workers in South-East Asia are exposed to when recycling goods shipped in from Europe. 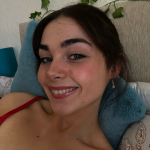