WALMART has uncovered a new change that will change the way their customers experience shopping.

The store will begin offering advancements in recycling that can make certain items easier to keep, and helps solves shoppers the issue of what to do with their empty containers.

Mega-retailer Walmart will be collaborating with Proctor & Gamble and recycling company TerraCycle to “offer free in-store recycling collection for empty hair care, skincare & cosmetic packaging,” according to an announcement from the recycling giant.

New recycling options will be available at 25 of the big-box stores locations in Arkansas, New Jersey, Oklahoma, and Pennsylvania.

“Walmart and P&G are working together to strengthen recycling solutions and educate their communities about the importance of sustainability convenient in-store drop-off points,” the statement continued.

“The innovative collaboration offers consumers the opportunity to divert traditionally non-recyclable beauty waste from landfills in a convenient way.” 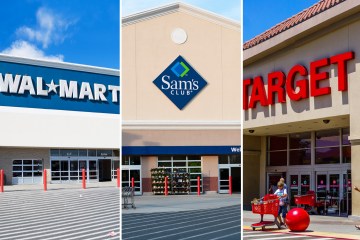 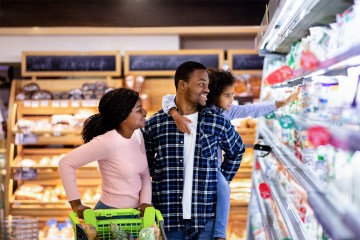 Their announcement follows previously reported legal actions against the brand for its alleged irresponsible waste disposal.

Last year, the brand was hit with a lawsuit for its illegal dumping of more than one million items like batteries, latex paints, and electronic waste into California landfills, The Guardian reported.

California attorney general Rob Bonta said: “When a big box store disposes of unwanted goods, just like the rest of us, they need to do so properly.

“Unfortunately, Walmart, the largest company in the world by revenue, has failed to do that on a grand scale here in California.”

This lawsuit followed a similar one from 2010, which was allegedly settled with Walmart paying $25million agreeing to stop the local waste dumping, according to the outlet.

Missouri reportedly got $1.25million from the brand over a lawsuit akin to the California one.

They also plead guilty to six misdemeanors for negligent discharge of pollutants into drains in 16 different California counties in 2013.

Still, the new in-store recycling developments are a pivot for the brand’s awareness of waste for beauty products.

The Walmart image has also been seeing revamping from the corporate level as they test their new stores.

The interior of the new Walmart test stores are decked out with active displays and brands new to the store, revamping the in-store shopping experience in the midst of regular online shopping.

Justice for Girls, Bonobos, and GAP Home will all be making an appearance in the brand-new superstores.

Queer Eye, the beloved Netflix re-boot of early 2000s Queer Eye for the Straight Guy, also has its own brand that will be featured within the Walmart walls.

“We’re looking at how to give customers the information they need about different products,” a masked Walmart employee told News Nation on air.

Shampoo and conditioner bottles, non-aerosol sprays, and body lotions, creams, and cleansers are also on their master list of in-store recyclables.

Terracycle’s site did not provide an explanation for the following items that are not allowed to be recycled via their program: